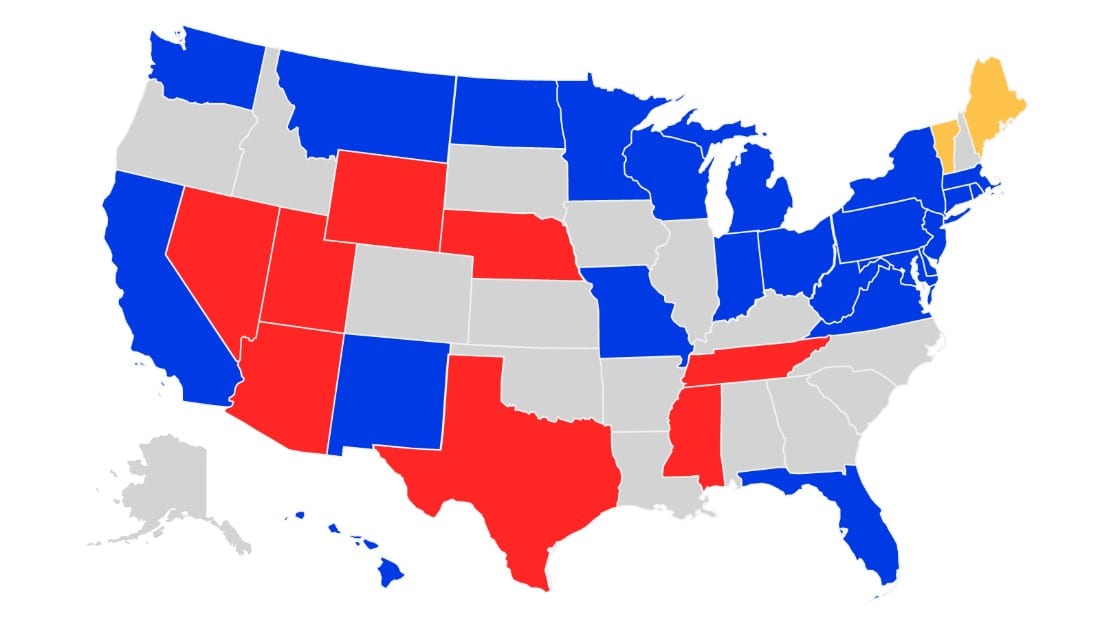 The recent midterm elections brought out historically large voting numbers, likely induced by one of the most politically charged climates in our nation’s history. Hot button issues have become hotter, the media is more outspoken, and politicians are more direct, sometimes even bordering on verbal abuse (we won’t name anyone in particular).

Social issues, immigration policies, trade tariffs, and controversial foreign affairs sparked political interest among U.S. citizens on both sides who once were on the sidelines. If you find yourself among these newfound acolytes of political discourse, we’re here to offer you some rhetorical ammo for any friendly, impersonal arguments you might have with your peers on the Internet. We took a look at each party by percentage of control including the presidency, house seats, senate seats, and governors since 2003.  We compared this information to the rate of change of median household price year over year to see if any correlation could be made between parties and negative or positive effects on the housing market in general. 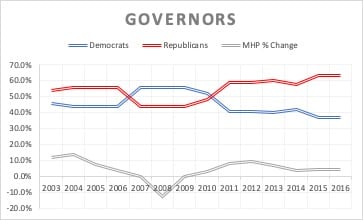 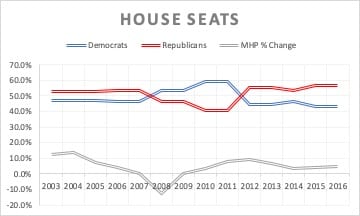 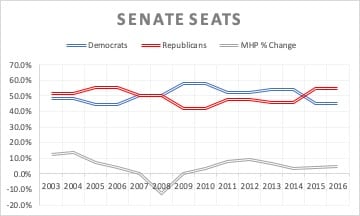 So, who’s responsible for the prosperity and who’s responsible for the downturn? Does the republican party guide the health of the housing market in direct proportion to the power they wield, or is the decline prior to 2008 the responsibility of republican executive orders, despite relative democrat strength during that time? For that matter, what can we expect from our current administration? Does Trump’s dedication to economic protectionism bode well for the foreseeable future of the American housing market?  We have the answers to these questions, and more.

We will discuss the political policies that have affected the housing market historically, identify parallels between these and current policies, and speculate as to the future for housing prices both nationally and locally on our new upcoming podcasts! Our podcast MC, Brad Clayton, has worked personally with over 4,000 real estate brokerages. Brad specializes in mergers and acquisitions, valuation, strategic growth, multi-office business strategy, and has been referred to as “the Malcolm Gladwell of Real Estate.” Brad will be leading discussions on what you can expect as a real estate agent, home buyer or seller, and broker with regard to change in local and federal economic policy. Tune in, expand your repertoire of housing market knowledge, and start making smarter investments and business decisions now!

Have you seen a difference in the market yet? Leave your thoughts in the comments!

Drop us a line so we can get you started with a dedicated transaction coordinator today!